The Evolution of Islamic Medicine and How It Can Change Lives

Most major cultures have developed their own unique approaches to medicine. One of the most enduring and well-studied practices is Islamic medicine. 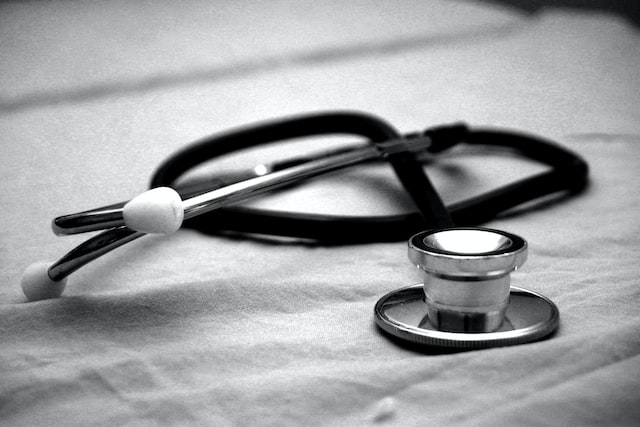 Islamic medical traditions began over a thousand years ago. Since then, it has fascinated scholars, scientists, researchers, medical professionals, and Muslims who want to get to know its treatments and tenets better.

Islamic medicine has a rich history and continues to be practiced in many parts of South Asia. Its healing philosophies can be traced to the works of ancient Greek physicians Galen and Hippocrates.

Let’s get to know what Islamic medicine is, how it has evolved, and how it continues to be used for health and healing.

What Is Islamic Medicine?

Islamic medicine is rooted in Islamic thought and perspectives. This body of medical knowledge began in the 7th century CE but it also employs modern medical methods to enhance overall healing.

Though it has always been practiced by Muslim scholars around the world, it has seen a resurgence in recent years due to scholarly interest from scholars, physicians, and other medical professionals from the western world.

Islamic medicine is based on the concept of tawhid or divine unity. Essentially, Islamic medicine views the body as an “organic totality and in its fundamental integration with the person.” It can be briefly described as an ecological medical approach.

Techniques and treatments are anchored on the idea that the patient and the physician must acknowledge Allah as the ultimate cure.

Islamic medicine has Greek and Roman roots. It was influenced by scholars and physicians like Galen and Hippocrates. Over the years, guided by noble injunctions, Muslims translated medical literature into Arabic and sought to cultivate and expand medical knowledge from different civilizations.

They translated, adapted, and improved upon these traditions by adding their own observations and techniques. As they made extensive advances in science, they strove to preserve important scientific knowledge. All this was done without erasing the pre-existing theoretical principles of medicine. Muslims thus created a legacy of scientific and cultural renaissance.

This produced highly refined and modern medical models that were logical, experimental, and evidence-based. It fused the old with the new and honored the medical contributions of erudite Muslim physicians like Al-Razi, the first human to distinguish measles from smallpox, and Ibn Sina, known in the West as Avicenna. He authored the medieval medicine books, “The Book of Healing” and “The Canon of Medicine.”

Their insights influenced the development of the modern biomedicine we know today. Ibn Sina, for example, established the school of medicine that combined physical and psychological well-being — an approach that many of us refer to as holistic.

In another example, a surgeon by the name of Ammar ibn Ali al-Mawsili invented a syringe that could be used to remove cataracts through suction.

Islamic medicine can also be credited with the use of plants like poppy and hemp to heal and treat patients.

Because of Islamic medicine, we know that we can use alcohol as an antiseptic. Laboratories use crystallization and distillation techniques for scientific research and pharmacological purposes.

Islamic medicine has influenced modern medicine in countless and often unrecognized ways. Its renewed popularity will hopefully bring to light the great strides that it has allowed the healthcare industry to make in terms of treatments, techniques, and medicine.

When we look at Islamic medicine, it’s worth noting how it compares to other current methods of medicine like evolutionary medicine (EM). Also referred to as Darwinian medicine, this approach examines our vulnerabilities to disease and etiologies (pathogens, environment, behavior, etc.) from an evolutionary angle.

Like Islamic medicine, it has received renewed interest over the last few decades. While medical institutions have been slow to integrate it into their curricula, modern interest in the evolutionary aspect of human life has led it to be taught to medical professionals from more than 30 European and North American universities.

Many believe that evolutionary principles are key to understanding human health and disease — both of which have biologically and culturally evolved over millions of years.

The Human Genome Project allowed EM to turn the tide in its favor. It allowed scientists to understand how human nutritional needs evolved over the years. It explored how natural selection and other integral mechanisms left us susceptible to diseases. It provided a blueprint for understanding the constraints, trade-offs, and conflicts of adaptation.

This knowledge has improved our understanding of diseases like cancer. It explains how genetic factors, environment, lifestyle, diet, and hygiene influence our overall physical and psychological health.

IMANA’s Role as a Health Organization

Today, the Islamic Medical Association of North America (IMANA) continues to honor the ties between modern medicine and Islamic medicine. During an IMANA meeting, IMANA founder Dr. Ahmad Elkadi described Islamic medicine as “the most up-to-date medical science and technology, combined and conforming with the Divine teachings of Islam.”

IMANA takes a proactive approach to healing. We combine modern medicine with the Islamic art of healing to treat the body. We also use the spiritual tenets of Islam in psychiatry to harness the power of faith for the overall restoration and preservation of the human body.

Islamic medicine, paired with an evolutionary perspective and spiritual-based therapeutic techniques like ritual prayer, allows us to view humans more holistically. This enables us to improve medical interventions in modern-day medicine.

To learn more about IMANA and the work that we do, explore the IMANA website.