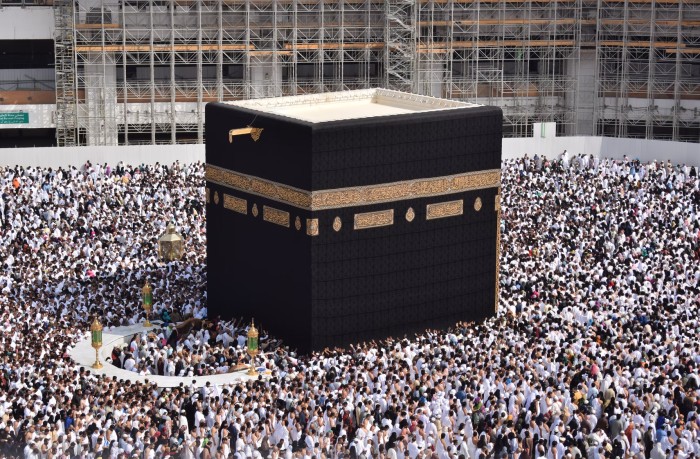 Umrah, roughly translated, means the “minor pilgrimage” and is undertaken by Muslims when they enter Mecca. Mecca is the holiest place on earth in Islamic culture and is located in the Hejazi region in Saudi Arabia.

Umrah celebrations are performed throughout the year, as pilgrims undertake a spiritual journey around the Ka’aba to purify their mind, body, and soul. To be part of the Umrah 2022 celebration, Imana is holding a trip for all interested parties. Everything you need to know about this exciting event, we tell you here!

What is Umrah, How is it Different From Hajj?

Each year, millions of Muslims across the world undertake a spiritual journey to visit the Ka’aba in Mecca. This pilgrimage is often referred to as Hajj, or Umrah, depending on certain aspects that differentiate the two.

Hajj is a compulsory pilgrimage, and one of the five pillars of Islam. It is therefore obligatory for every Muslim who is capable in terms of financial and physical fitness to perform Hajj at least once in their lifetime.

Hajj is often time-consuming with a lot of rituals and detailed rites, and therefore takes multiple days. It is also performed only on specific dates based on the Islamic lunar calendar.

On the other hand, Umrah is considered to be the “lesser privilege” as it is not compulsory, but still important. You can perform Umrah- 2022 throughout the year, without waiting for the auspicious Hajj dates. It generally takes only a couple of hours.

It is important to note that Umrah cannot be interpreted as a substitute for Hajj despite the fact that certain aspects of both rituals are quite similar.

Hajj and Umrah are also connected due to the two types of Umrah:

Rituals you Need to Know About Before Performing Umrah 2022

The Saudi Arabian government has finally opened applications for Umrah 2022 for the first time since the pandemic. For those wishing to take advantage of this, or who are simply curious about Umrah, here’s everything the pilgrimage entails:

Male pilgrims are supposed to wear a sacred attire, known as Ihram, before entering Al Masjid Al Haram, which is the sacred boundary of Mecca. It is also compulsory to perform Ghusl before donning this attire.

Tawaaf refers to when the pilgrim circles the Ka’aba seven times, in an anticlockwise direction.

The tawaf begins at Hajar Al Aswad (The Black Stone), where the pilgrims stand facing the Ka’aba with their hands raised. They recite “Bismillahi Allahu Akbar ” and begin moving to their right.

Men are meant to hurry through the first three rounds and walk at a leisurely pace for the remaining four rounds.

Once the Tawaf is completed, pilgrims must perform Salat of Tawaf, praying two rak’ahs, after which they drink the holy Zamzam water from the Well of Zamzam.

Umrah pilgrims are meant to perform Sa’iy, which entails walking seven times between the hills of Safa and Marwah while reciting “Subhan Allah”. Each round is around 492 yards long.

At the end of the seventh round, pilgrims must stand at Marwah, facing the Ka’aba and recite the same supplications as those that were recited at Safa.

Halq or Taqsir is the last ritual in Umrah and involves:

This signifies the submission of will to God and renounces the glorification of physical appearances.

Once these rituals are performed, the Umrah is considered complete, and pilgrims can change out of their Ihrams.

Different groups of Islam may have minor differences or modifications to the methods by which they perform these rituals. Overall though, Umrah remains a unification factor across all Muslim communities.

Imana offers all kinds of Umrah packages for pilgrims looking to perform the pilgrimage:

Imana’s Umrah 2022 is to be held between November 19th and November 26th, 2022. The e-visa for the pilgrimage will be obtained by Dar El Salam. If you wish to participate in this spiritual journey, register now!